Home
/
Blog
/
Hold on to your seats. FERC just hit the fast forward button on the clean energy transition.

Hold on to your seats. FERC just hit the fast forward button on the clean energy transition.

FERC Order 2222-A unleashes the power of demand response, hitting the fast forward button on our nation’s clean energy transition.

This op-ed was first published on Utility Dive: https://www.utilitydive.com/news/hold-on-to-your-seats-ferc-just-hit-the-fast-forward-button-on-the-clean-e/597444/.

Federal regulators removed a major speedbump on the road to a clean energy future March 18 when FERC clarified that its landmark Order 2222 granted demand response (DR, aka flexible load) unimpeded access to wholesale electricity markets when part of a heterogeneous distributed energy resource (DER) aggregation. FERC Order 2222-A, however, unleashes the power of demand response, hitting the fast forward button on our nation’s journey toward the clean energy transition.

The downstream effects of Order 719 in the decade plus since its inception are onerous. Numerous states, from Louisiana to North Dakota, exerted their right to prohibit DR. Thousands of megawatts have been wasted as traditional generation maintained its grip on the supply stack. Countless tons of carbon were senselessly pumped into the atmosphere. Billions of dollars that could have been put into the pockets of businesses remained in the hands of utilities. Widespread outages, due to increasingly extreme weather, plagued the grid as the limitations of traditional generation could not keep up with unpredictable demand. Demand response continued to lay in wait in those states that blocked its implementation while consumer benefits went unrealized.

The derogation of demand response is ironic, since there would be no wholesale DER without DR: it was the fight waged by the Voltus team, along with several states and regional transmission organizations, that culminated in the 2016 U.S. Supreme Court decision confirming the right of demand response to participate in wholesale markets under the jurisdiction of FERC. Mere weeks later, FERC initiated the rulemaking process for energy storage market participation, which ultimately resulted in Order 841 in 2018. Order 2222 followed two years later, growing out of that same rulemaking.

Demand response’s savior should have come in the form of Order 2222 issued by FERC back in September 2020. Although 2222 ordered the six FERC-jurisdictional RTOs to remove barriers to wholesale market participation for distributed energy resource aggregations — it simultaneously asserted that 2222 did not affect the states’ ability to prohibit retail customers’ demand response from participating in the wholesale markets through aggregators. Under this arrangement, a 250-kW rooftop solar PV system could participate in the markets within a DER aggregation, yet if that system were coupled with a single kW of demand response, the entire aggregation could be blocked. Demand response’s wings remained clipped.

On March 18, though, when FERC tacked that single “A” on the end of Order 2222, demand response finally saw its day. Under Order 2222-A, local regulators can no longer block a DER aggregation from participating in the wholesale markets because it included demand response. Or as FERC put it, “we decline to extend this opt-out to demand response resources that participate in heterogeneous distributed energy resource aggregations.” The power of demand response is finally unleashed.

Flexible load is now poised for its final victory. Coupled with a well developed technology platform and solid market design, demand response can augment and even supplant generation resources, anywhere and anytime. If demand response were to meet only 10% of peak load requirements, California and Louisiana could have avoided their blackouts. Texas could have kept on more power — possibly enough load to have avoided the worst aspects of the energy crisis.

Demand response is no longer simply a panic button for major events, though. DERs in aggregate can provide the constant flexible grid balancing that is necessary for widespread integration of renewable energy. Without it, we would overbuild and overspend for our transmission infrastructure. In the end, 2222-A catapulted us into a future where the clean energy transition is just over the horizon. 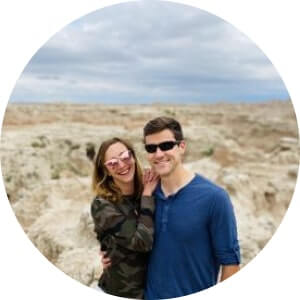