Indoc had begun. What I thought Indoc – Indoctrination – would resemble was something close to summer camp and getting to know each other and learn (very kumbaya). I was wrong – very wrong – and in for a rude awakening. Indoc is abbreviated boot camp. With my first step onto the bus to take me to base, Gunny started yelling at me. I apologized: “Sorry Sir,” which sent him apoplectic. Turns out you don’t call gunnery sergeants “Sir.”

My family ties to the military ended with grandfathers I barely knew. I did not grow up learning about the ranks, the branches of the military and their history. I just knew I wanted to be part of the greatest American tradition – be part of something great. I was named after my father’s fraternity brother (Stephen) who died in the Vietnam War. I grew up listening to my father opine about the greatness of the military. He had enlisted in the Navy during the Vietnam War – got rejected due to a heart condition – and then was drafted, and subsequently disqualified when they found out about his medical status. It was his greatest regret not having the opportunity to serve, and I would not have that same regret.

Before my friendly greeting by Gunny on the bus, my father said goodbye and reminded me, that this was “a great time to be in the military – it is a time of peace. You will learn and be given amazing opportunities you cannot find anywhere else.” Three weeks later was September 11, 2001. It was time to prepare for battle. The tradition expanded. The mission even more critical.

Four years later I landed on The Big Stick (USS Theodore Roosevelt – an aircraft carrier) in the Persian Gulf. It was time to finally be part of the mission. During college my Naval ROTC classmates and I shared a lot of similarities, but now that I was joining Air Wing EIGHT in an active war zone, my new teammates ran the gamut. A variety of backgrounds, experiences, ages, ethnicities, but we were all there for a single purpose: the mission. We had almost nothing in common except our drive to serve. This is where I learned the true definition of camaraderie.

The people I served with – most I haven’t seen in 10+ years – shared a unique experience, bond and mission with me. It is the people who are next to you during the endless hours, who ensure together you achieve success – no matter the stress, no matter the sacrifice. No amount of time nor separation could erode the experience. This summer, one called me and it was as if no time had passed. We still have nothing in common, but I could talk to him for hours. I hung up the phone feeling elevated – feeling grateful for the comrades I had made. Grateful for the experience I had had.

There is no doubt in my mind that the two organizations I will have “served” in my career with the greatest and most impactful camaraderie will be The United States Navy and Voltus, Inc. I can say that knowing I have many more decades ahead of me.

The parallels between the two organizations are uncanny.

1. We are mission driven.

2. We use our diversity of experience, backgrounds and personalities to solve problems and build something with a purpose – something we all believe in – no matter how tough.

But the greatest parallel is the camaraderie. We share a unique experience, bond and mission. No amount of separation can erode the experience we have had (and will continue to have).

2020 has been a year. Highs and lows – a lot of lows. A lot of challenges. But some great highs as well. We have been through this time together, but our team is something special. And thanks to the leadership of Gregg and Matt we have the opportunity to expand our team and mission. We might be prohibited from time together right now, but because of the bright, gritty, good people on this team, we still have a rare camaraderie that most never get to experience. This is the group of people we get to do good with. The team we get to charge into 2021 with – armed and ready for what is next.

2021 is upon us. The tradition of (and need for) demand response expanded. The mission even more critical. 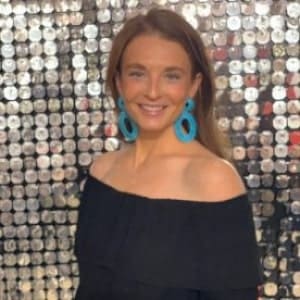 What makes me happy is surrounding myself with wonderful people. Being part of the Voltus team means I am surrounded by brilliant, hard-working, passionate people who inspire me every day. Not only do I get to be part of the Voltus team, but our clients are our teammates as well. By working together and being part of an ever-growing network of people helping grid reliability – I get to be part of something bigger and better than just a job.