As if reminding us of our favorite quote from George Orwell’s Animal Farm, PJM and its Market Monitor argue that seasonal demand response (DR) and renewable resources would suppress capacity prices because they would only have to deliver for part of the year. Yet PJM bills its peak demand charge (which can amount to as much as 30% of an electricity bill) on the highest five hours of demand during the year! 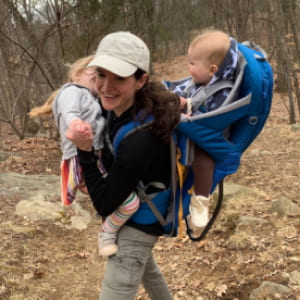 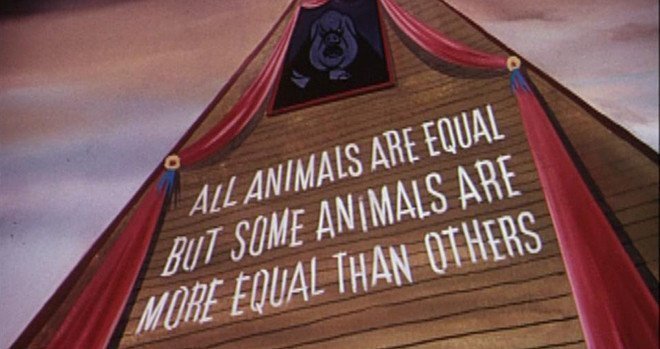 As if reminding us of our favorite quote from George Orwell’s Animal Farm, PJM and its Market Monitor argue that seasonal demand response (DR) and renewable resources would suppress capacity prices because they would only have to deliver for part of the year. Yet PJM bills its peak demand charge (which can amount to as much as 30% of an electricity bill) on the highest five hours of demand during the year (that’s 0.06% of the hours in a year)! If PJM managed the interstate highway system we would all be paying for 30-lane highways needed to accommodate the busiest rush-hour traffic on a single day of the year.

It’s curious why PJM is still designing their annual capacity needs using summer peak demand to set the market price for capacity while arguing that demand response shouldn’t be allowed to satisfy market requirements if it isn’t available in the winter. How ironic that peak demand, and that which sets the physical value of demand response, is used to argue against demand response because of its typically seasonal nature.  It’s even more ironic that this bit of regulatory tomfoolery is the direct product of 40,200 MWs (22% of PJM’s resources) of generators that failed to deliver in the dead of winter during the 2014 polar vortex.

And since when did price competition become a bad thing? Perhaps it’s explained by generator coalition interests (e.g., the PJM Power Providers), who state that it would be a “scary” and “daunting” task to reform the capacity markets to accommodate multiple product types. This sounds to us like John Shelk and EPSA are up to the kind of tricks that would have eliminated DR from wholesale markets if not for a Supreme Court of the United States decision that we fought hard for that cemented its value in wholesale markets. We suspect that what is truly scary to the generator coalition is an efficient market structure: when DR resources are accepted, they displace higher cost and less efficient resources, and serve to reduce overall market price, significantly benefiting buyers (us Americans . . . the ones creating the demand for electricity) in the market. In fact, PJM themselves touts that DR and energy efficiency are estimated to reduce capacity expenditures by billions of dollars per year ($11.8 billion in 2013/2014 alone) . . . dollars that generators miss out on.

While others may be content to diplomatically discuss the issue, Voltus is not. When unfair competition wins, ratepayers lose, while wealth transfers back to generators at significant cost to us Americans. What should be a happy coexistence of supply and demand continues to unfairly enrich the interests of traditional generation hoping to renege on the grand bargain of capacity markets: namely, generators got their cake (open energy markets) and ate it, too (capacity markets) . . . but the deal was that demand would be treated fairly and given access to wholesale markets on a comparable basis.

PJM, stop catering to generators and get back to your stated mission of creating and operating “robust, competitive, and non-discriminatory electric power markets.” Bring back seasonal demand response and compensate it fairly . . . the same way you bill for seasonal demand.

This is a picture of me practicing balance. It isn’t perfect… but we’re all having fun! I’m with my family (photo cred to my husband), outdoors, and enjoying the day. At Voltus, I help develop innovative product and program offerings for our customers that focus on doing well by doing good. It’s thrilling to be able to cut checks and save trees at the same time. It’s fascinating to help the electric grid balance supply and demand. It’s rewarding to see our virtual power plant complement real ones. It’s humbling to be a part of this team, working together towards our vision of a better world, using energy better. But finally, it’s a balance. We’re growing quickly, we make mistakes, we make daily judgment calls. It isn’t always perfect . . . but we all have a lot of fun!